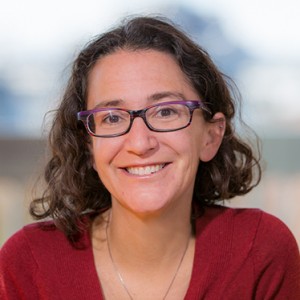 Elaine Weiss is the National Coordinator for the Broader Bolder Approach to Education, where she works with four co-chairs, a high-level Advisory Board, and multiple coalition partners to promote a comprehensive, evidence-based set of policies to allow all children to thrive in school and life.  Major publications for BBA include case studies of diverse communities across the country that have employed comprehensive approaches to education. She has authored two studies with EPI economist Emma Garcia on early achievement gaps and strategies to reduce them as well as 2013 reports on how Market-Oriented Education Reforms’ Rhetoric Trumps Reality, and Mismatches in Race to the Top Limit Educational Improvement. In 2014, Elaine worked with stellar educators from across the country to author a series of commentaries for Bill Moyers on the many links between poverty and education. She has also authored dozens of blogs for the Huffington Post, the Washington Post Answer Sheet, TalkPoverty, the Nation, and other publications, and been interviewed for numerous radio shows, including Jesse Jackson’s Keep Hope Alive show and National Public Radio’s The Diane Rehm Show.

Elaine came to BBA from the Pew Charitable Trusts, where she served as project manager for Pew’s Partnership for America’s Economic Success campaign. In that capacity, she collaborated with some of the nation’s most respected researchers to assemble a body of evidence on the economic benefits of early childhood investments. The campaign worked with state partners to engage business leaders to promote effective early childhood programs, based on those findings. Ms. Weiss was a member of the Center for Disease Control’s task force on child abuse, and served as volunteer counsel for clients at the Washington Legal Clinic for the Homeless. She has a PhD. in public policy from the George Washington University Trachtenberg School, a JD from the Harvard Law School, and a BA and BS from the University of Maryland, College Park. She lives in Silver Spring, Maryland with her husband and two daughters, both students in Montgomery County public elementary schools.